An entire month dedicated to the history of some of those too often ignored in the history books. A month to learn about and celebrate the lives of black people who have shaped our nation in ways great and small—and to celebrate those who continue to do so. We encourage you to explore the opportunities to learn in your community, wherever you are in San Diego.
Learn more about the history of Black History Month 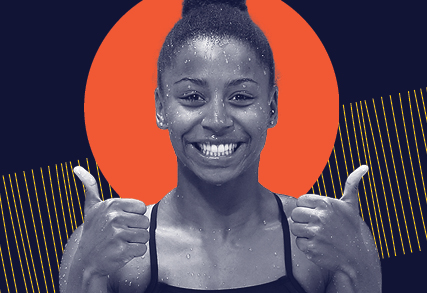 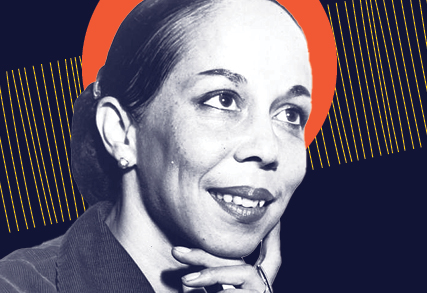 Ballerina
Janet Collins was an African American ballet dancer, choreographer, and teacher. She performed on Broadway, in films, and appeared frequently on television. She was among the pioneers of black ballet dancing, one of the few classically trained Black dancers of her generation. She also performed in Aida, Carmen, and was the first Black ballerina to perform at the Metropolitan Opera in 1951 which she joined the next year and performed at until 1955. 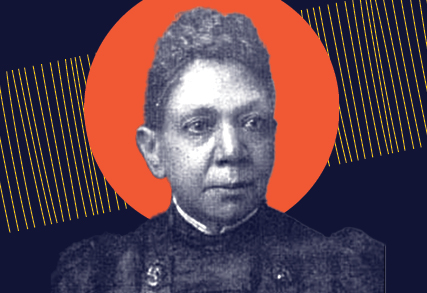 Educator
Fanny Jackson Coppin (1837-1913) was an American educator, missionary and a lifelong advocate for female higher education. She was the first Black woman to be named principal of a school when she took the reins of the Institute for Colored Youth in Philadelphia in 1869.
Read more 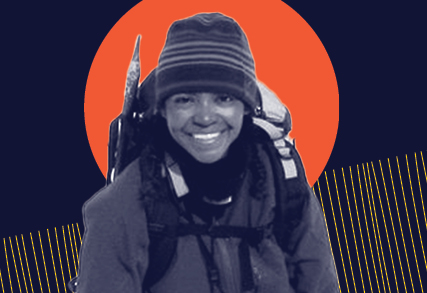 Mountain Climber
Sophia Danenberg (1972 - ) is an American mountain climber best known as the first African American and the first black woman to climb to the summit of Mount Everest, the world's tallest mountain. Pa Nuru Sherpa and his brother Mingma Tshiring witnessed the event. At the time, Danenberg was suffering from bronchitis, a stuffed nose, frostbite on her cheeks and a clogged oxygen mask. Since 1953, approximately 2,500 people have reached the summit. The first person of African descent to have done so was South African Sibusiso Vilane in 2003.
Read about Sophia's adventure here 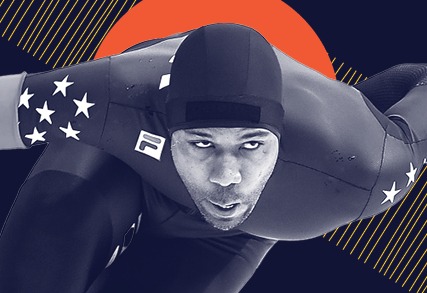 Speed Skater
At the 2006 Winter Olympics in Turin, Italy, Shani Davis became the first African American athlete to win a gold medal in an individual event at the Olympic Winter Games, winning the speed skating 1000 meter event. At the 2010 Winter Olympics in Vancouver, British Columbia, Canada, he repeated the feat, becoming the first man to successfully defend the 1000 meters and repeating as the 1500 meter silver medalist. Frozone, an African-American superhero with ice powers from the animated movie The Incredibles, was allegedly inspired by Shani Davis. He continues to support and encourage youth affiliated with the DC-ICE program. 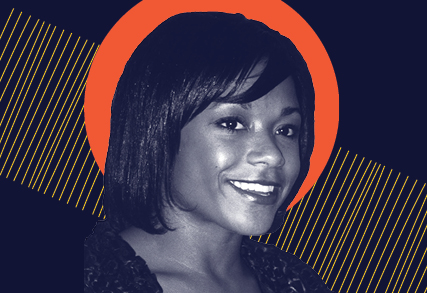 Gymnast
At the 1996 Summer Olympics in Atlanta, three-time Olympian Dominique Dawes became the first African-American woman to win an individual Olympic medal (bronze — floor exercise) in artistic gymnastics, and the first Black person of any nationality or gender to win an Olympic gold medal in gymnastics.
Watch Documentary 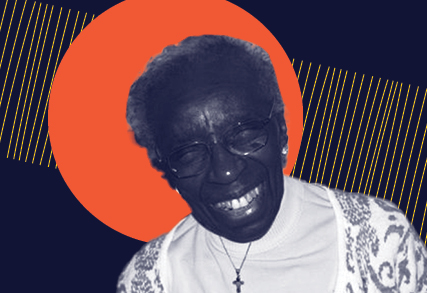 Pianist
Cappie Dickerson  was an American piano instructor and graduate of the Juilliard School in Manhattan who was notable for teaching several generations of students. She was revered by local authorities for her volunteer service and civil rights contributions and community leadership. Some of her pupils have become renowned such as Tom Varner and Lawton C. Johnson, and she was friends with renowned jazz singer Bill Robinson. She was described as a quiet, unselfish person who lived by the Golden Rule of treating others as one wished to be treated oneself.
Read more 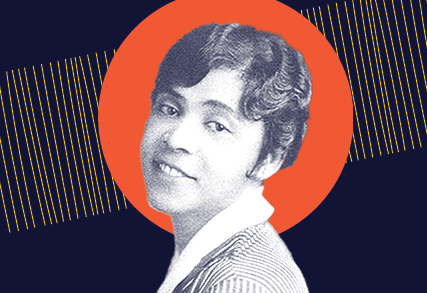 Social Worker
Thyra J. Edwards (1897 - 1953) Her career began as a social worker in Chicago and she went onto diversify her skills as a lecturer, women’s rights advocate, labor organizer, and journalist. After WWII, she became the executive director of the Congress of American Women. One of the major contributions of this organization was the establishment of the first childcare program in Rome to assist Jewish Holocaust survivors.
Read about 5 pioneers who paved the way for social work 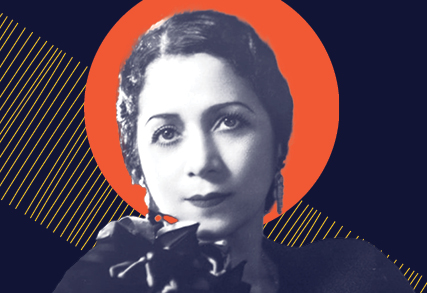 Opera Singer
Lillian Evanti was a Howard University graduate who sang in French, German and English in many international opera houses. Spending her early years singing in Paris, from 1932 to 1935 she sang in the United States to praise and acclaim for the tonal beauty of her voice, including a private recital at the White House for an audience of Eleanor Roosevelt and her friends. At the age of 83, she walked with her friend Alma Thomas in the March on Washington.


Learn more about Lillian and her relationship with the White House 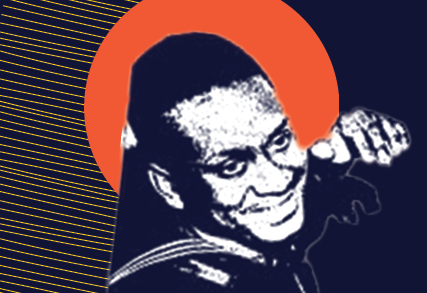 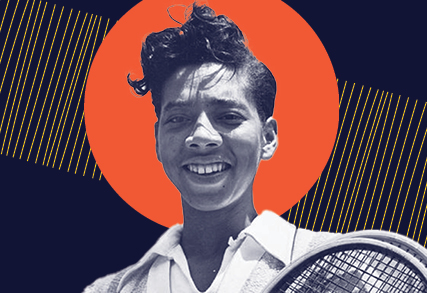 Tennis player & Pro Golfer
Althea Neale Gibson was an American tennis player and professional golfer, and one of the first Black athletes to cross the color line of international tennis. she won 11 Grand Slam tournaments: five singles titles, five doubles titles, and one mixed doubles title. In the early 1960s she also became the first Black player to compete on the Women's Professional Golf Tour.
Learn more about Black History in sports 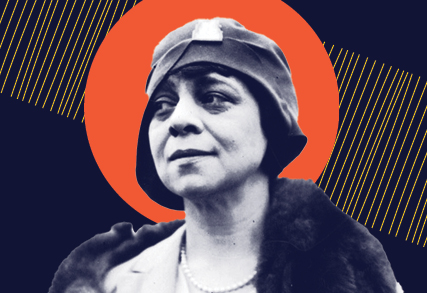 Librarian
Belle Da Costa Greene was the Librarian for financier J. P. Morgan. To manage his collection he hired Greene as his personal librarian in 1905. Soon trusted for her expertise (Greene was an expert in illuminated manuscripts) as well as her bargaining prowess with dealers, Greene would handle millions of dollars buying and selling rare manuscripts, books and art for Morgan. The power that she wielded for forty-three years, first as librarian, and then as the first director of the Morgan Library, was unmatched. 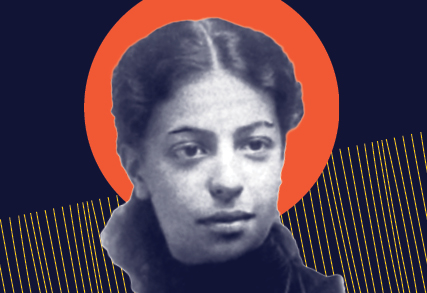 Playwright
Angelina Weld Grimke (1880-1958) was an American journalist, teacher, playwright, and poet who came to prominence during the Harlem Renaissance. She wrote the first successful drama written by a Black person and interpreted by Blacks, "Rachel".

Read more about the history of Black Theatre 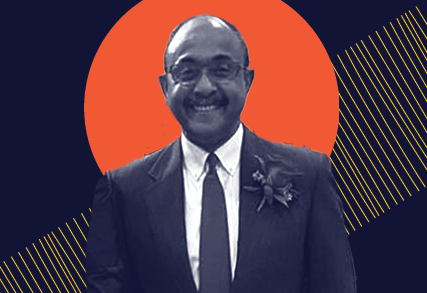 Lacrosse Player
Dr. Miles Harrison was on the Dean's List in college all four years. As a senior he was awarded the Biology Department's Honor Scholar Researcher Grant. In his senior year he was captain of the first NCAA Lacrosse Team and was selected to play in the North-South National Lacrosse All-Star Game representing MSU. He founded breast cancer support group chartered now as "Sister Surviving."
Find out more about paving the way for growth in lacrosse 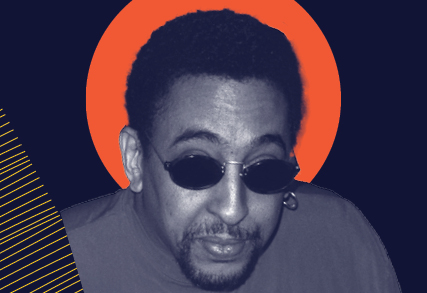 Entertainer / Dancer
Gregory Hines was an American dancer, actor, choreographer and singer. He is considered one of the most celebrated tap dancers of all time. Winning multiple awards. Gregory influenced many contemporary tap dancers like Savion Glover, Dianne Walker, Ted Louis Levy, and Jane Goldberg.
Read more about the evolution of tap dancing here 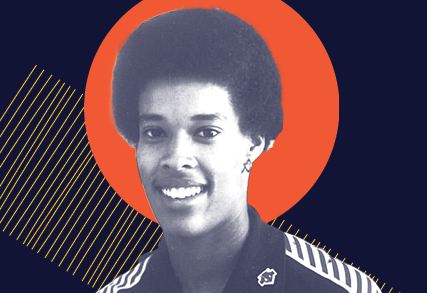 Volleyball player
Flora Jean "Flo" Hyman  was known as "The Goddess of Volleyball". She was an Olympic silver medalist and played professional volleyball in Japan. Hyman played in the 1981 World Cup and the 1982 World Championship, when the US won the bronze medal. A specialty of Hyman was the "Flying Clutchman", a fast, hard-impacting volleyball spike that travels at 110 mph (180 km/h). At the 1984 Olympics, Hyman, by now both the tallest and oldest member of the team, led the US to the silver medal.

Want to find out about other Queens of the Court? 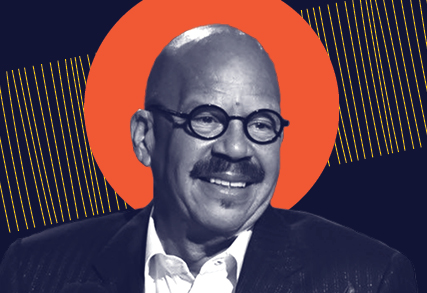 Radio Host & Philanthropist
Tom Joyner is an American retired radio host and philanthropist. Joyner has been an advocate for voter registration and throughout the year promotes voter registration over the air, on his website and during his live "Sky Shows" broadcasts. To improve healthy living, Joyner holds a "Take a Loved One to the Doctor Day" every April or September. On that day, he rallies families and friends to go to the doctor to get a check-up to prevent any health problems, and particularly treat any existing issues.

Engage with all things Tom Joyner 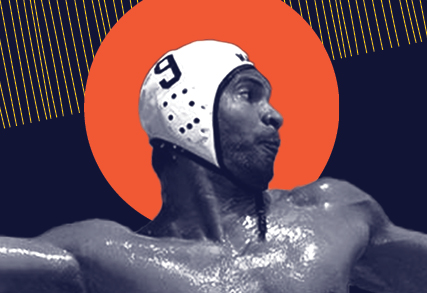 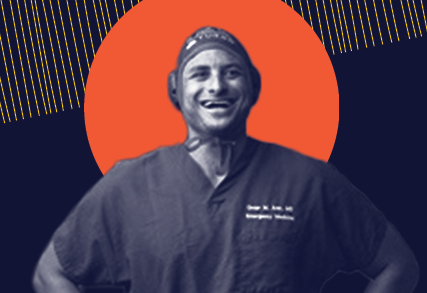 Water Polo Players
Genai Kerr (1976 - ), a goalkeeper from San Diego and UC Irvine, and Omar Amr (1974 - ), an attacker from Irvine and UC Irvine were the first black swimmers to make the US Olympic Water Polo Team. Both were members of the 2004 U.S. team that competed in Athens’ Olympics. Genai has also created several community outreach programs to help mentor children in lower income households. Recently he has collaborated with KidWorks, USA Water Polo Splashball, and various recreational programs.
Here are another 21 Historic Black firsts
Here are another 21 Historic Black "firsts" in swimming history 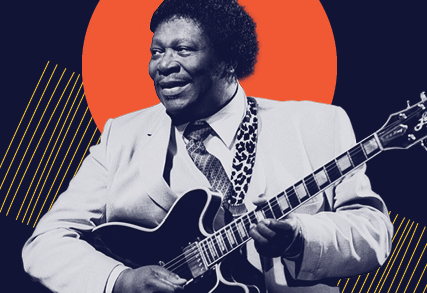 Guitarist
B.B. King, "The King of the Blues" (1925-2015) was an American singer-songwriter, guitarist, and record producer. King introduced a sophisticated style of soloing based on fluid string bending, shimmering vibrato and staccato picking that influenced many later blues electric guitar players. King supported Little Kids Rock, a nonprofit organization that provides free musical instruments and instruction to children in underprivileged public schools throughout the United States.
Read and Listen to B.B. King 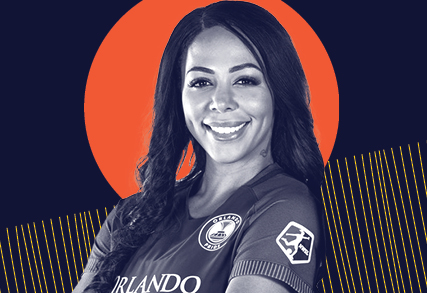 Soccer Star
Sydney Leroux (1990 - ) is a professional soccer player and Olympic gold medalist who currently plays as a forward for Orlando Pride in the National Women's Soccer League. Leroux has featured along with her national teammates in multiple editions of the EA Sports' FIFA video game series with FIFA 16 the first to include female players. Leroux and her teammates became the first women's sports team to be honored with a ticker tape parade in New York City. Each player received a key to the city from Mayor Bill de Blasio. In October of the same year, the team was honored by President Barack Obama at the White House.
Check out other influential African American soccer players 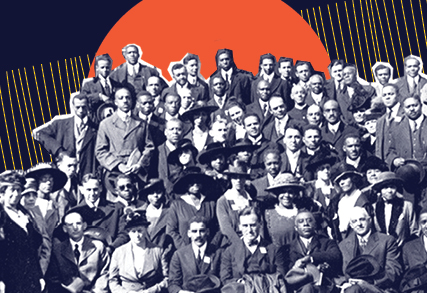 Organization
Empowering Communities. Changing Lives. That's the motto for The Nation Urban League. Founded in 1910, The National Urban League uses programs, research and advocacy to advance civil rights for people of color. You can get involved right here in San Diego. 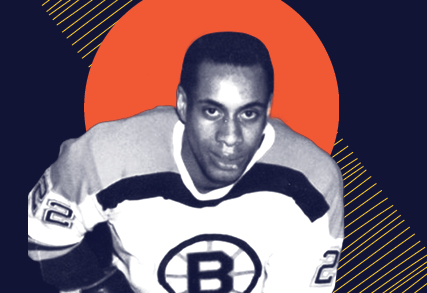 Hockey Player
Willie O'Ree is the first black player in the National Hockey League and played as a winger for the Boston Bruins. The NHL instituted the annual Willie O’Ree Community Hero Award in his honor, to "recognize the individual who has worked to make a positive impact on his or her community, culture or society to make people better through hockey." Willie O'Ree currently lives here in sunny San Diego!
Read more 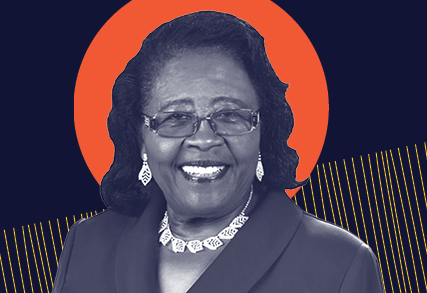 Nonprofit Business Owner
At age 80, Estella Pyfrom started Estella’s Brilliant Bus, a mobile learning lab outfitted with more than a dozen computer stations. The bus travels to underserved and under resourced communities in Florida’s Palm Beach County to provide children and their families access to technology and educational training. Pyfrom started the nonprofit using about $900,000 of her retirement savings.
Read more 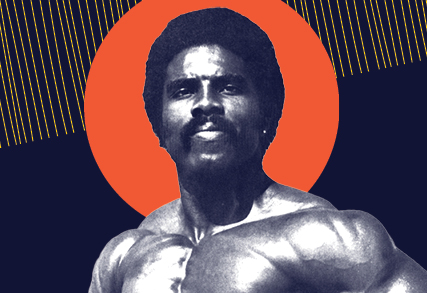 Bodybuilder
Robby Robinson is an American former professional bodybuilder. Known early in his career as Robin Robinson, he is also known as The Black Prince and Mr Lifestyle. He won various competitions including Mr America, IFBB Mr. World, Mr Universe, Masters Olympia, and other titles of the International Federation of BodyBuilding & Fitness (IFBB), and appeared in several films (including the landmark docudrama Pumping Iron) over a 27-year career as a professional bodybuilder, retiring from competition in 2001 at the age of 55. 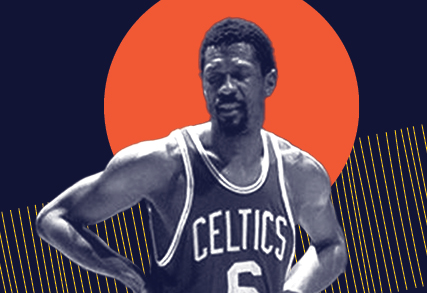 Basketball Player
Bill Russell is a Basketball icon - a former Boston Celtics center - and was awarded the Presidential Medal of Freedom from President Barack Obama. His work is unassailable: 11 championships in 13 years, eight titles in a row, with back-to-back titles as a player-coach. Russell was the first black head coach in American pro sports history, the first black inductee into the Basketball Hall of Fame, the greatest winner ever.
Read more 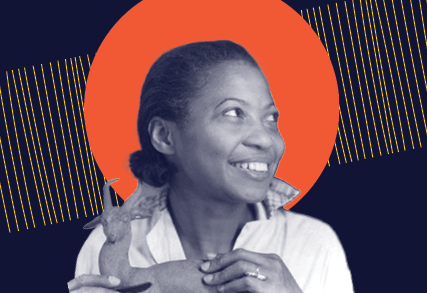 Sculptor
Augusta Savage was one of the leading artists of the Harlem Renaissance as well as an influential activist and arts educator. Savage spent the rest of her career giving back to her community: She actively supported the next generation of Black artists and was credited for establishing the National Association of Women Painters and Sculptors, the Harlem Artists' Guild, and for serving as the director of WPA's Harlem Community Center.

Learn about nine other Black Visual Artists who broke barriers 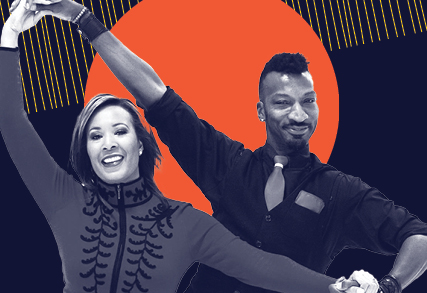 Figure Skating Pair
Tiffani Tucker and Frank Singley made history together, the first African American Ice Dance Team in the US, winning a bronze medal at the US Nationals. Even though Tiffani and Singley no longer share the ice, they still share the love of the sport and the history making partnership.
Read more from Skating Magazine